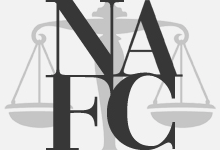 Below are articles that may be of interest to both mental health/addictions and criminal justice professionals. This page will be updated frequently, so check back often. Adobe Acrobat is required to view some of the articles. Click here if you do not have Adobe Acrobat.

Likeness Used as Bait in Catfishing: How Can Hidden Victims of Catfishing Reel in Relief?

"Catfishing is “[t]he phenomenon of internet predators that fabricate online identities and entire social circles to trick people into emotional/romantic relationships (over a long period of time) ... With the increased use of social media, the opportunities for the creation and use of fake profiles have expanded. Reports have found that one in ten profiles on certain social media and matchmaking sites are fake ... will provide background information on criminal cyberbullying statutes, civil and criminal online impersonation statutes, and civil and criminal revenge pornography statutes. These statutes have all been recently passed to address crimes relating to deceptive internet practices that often involve invasions of privacy ..."

Technical Evidence in Stalking Prosecutions: Where to Get It and How to Get It In - Webinar Recording
Presented by Elaina Roberts, Stalking Resource Center Program Attorney and
John Wilkinson, AEquitas Attorney Advisor: "This webinar covered the applicable rules of evidence and relevant case law associated with proving a technology-facilitated stalking case, and provided strategies on when and how to introduce technical evidence and overcome common objections at trial."

"In 2011-12, about 3 in 10 state and federal prisoners and 4 in 10 local jail inmates reported having at least one disability. Among prison and jail inmates, females were more likely to report ..."

"Researchers from the National Center for School Engagement conducted a series of studies to explore the connections between bullying in schools, school attendance and engagement, and academic achievement. This bulletin provides an overview of the OJJDP-funded studies, a summary of the researchers’ findings, and recommendations for policy and practice ..."

John Burke, Ph.D., Kaiser Permanente. Published by the International Cultic Studies Association (ICSA) *Excerpt: This article considers evidence for the presence of antisocial personality disorder (ASPD) in some cult leaders. Additionally, the influence of antisocial cult leaders on cult members is hypothesized to be associated with the emergence of dependent personality disorder (DPD) in some cult members."

"Cults, Coercion, and Contumely" by Margaret Thaler Singer, Ph.D. and Marsha Emmer Addis. Published by the International Cultic Studies Association.
"Perhaps the best current example of the use of institutionalized propaganda to attempt to suppress criticism is found in the Church of Scientology's codified principle that any "suppressive person" (i.e., one who speaks out against the Church) is "fair game" to be vilified, pilloried, or worse in an attempt to prevent that person's criticism in the future. Scientology's "Ethics" course includes the following policy:

SP (Suppressive Person) Order: Fair Game. May be deprived of property or injured by any means by any Scientologist without any discipline of the Scientologist. May be tricked, sued, or lied to, or destroyed ...

The Church of Scientology has been accused of using private detectives, attorneys, and the legal system to harass critics in attempts to silence them ..."

Mental Health Interventions in Cult-Related Cases: Preliminary Investigation of Outcomes by Steve K. Dubrow Eichel, M.S., Linda Dubrow Eichel, M.A., Roberta Cobrin Eisenberg, M.S.W. - Shared from the International Cultic Studies Association (ICSA) website.
Do our interventions work? This question is undoubtedly on the minds of many professional counselors and lay advisors engaged in clinical work with cultists, former cultists, and their families. Since October 1983, the associates of the Re-Entry Therapy, Information and Referral Network (RETIRN) have maintained a record of all face-to-face consultations and subsequent interventions with individuals and families who seek assistance with cult-related problems. Whenever possible, we have followed (and continue to follow) cases after interventions are made in order to determine outcome.

Resisting the Pressure to Choose Between Parents: A School-Based Program by Amy J.L. Baker, Ph.D., ICSA Today, Vol. 3, No. 1, 2012
One million children each year become children of divorce. Many of these children will face some form of loyalty conflict, defined as a feeling of having to choose one parent over the other ... The I Don’t Want to Choose (IDWTC) program was developed as a tool for mental health professionals, parents, and schools to use to help children caught in parental loyalty conflicts resist the pressure to choose one parent over the other ...continue reading.

FEDERAL RULES OF EVIDENCE, DECEMBER 1, 2010 - Printed for the use of The Committee on the Judiciary House of Representatives - U.S. Government Printing Office, Washington: 2010 - This document contains the Federal Rules of Evidence, as amended to December 1, 2010. The rules were enacted by Public Law 93–595 (approved January 2, 1975) and have been amended by Acts of Congress, and further amended by the United States Supreme Court.

Reducing Criminal Recidivism for Justice-Involved Persons with Mental Illness: Risk/Needs/Responsivity and Cognitive-Behavioral Interventions - Merrill Rotter, MD and W. Amory Carr, PhD
Evidence-based practices (EBP) with track records of effectiveness in treating serious mental illness, co-occurring substance abuse, trauma, and motivational challenges have been utilized with some success in forensic populations (CMHS National GAINS Center, n.d.). However, recent reviews of offender-focused and jail diversion programs found that many EBPs, such as Assertive Community Treatment, may achieve symptom reduction but not decrease criminal recidivism (Morrissey, 2007; Case, 2009; Skeem, 2009). In fact, studies indicate that offenders with mental illness share diagnoses and treatment needs similar to those of individuals with mental illness who do not commit crimes. However, with reference to recurrent criminal behavior, offenders with mental illness share the same risk factors for offending as their non-mentally ill counterparts (Epperson, 2011).

Integrating Mental Health and Substance Abuse Services for Justice-Involved Persons with Co-occurring Disorders- Fred C. Osher, M.D.
This fact "...sheet from SAMHSA’s GAINS Center for Behavioral Health and Justice Transformation include recently updated briefs on evidence-based practices (EBPs). In the field of behavioral health, EBPs are interventions that have been rigorously tested, have yielded consistent, replicable results, and have proven safe, beneficial, and effective for most people diagnosed with mental illness and substance use disorders." - The Council of State Governments Justice Center

Mental and Substance Use Disorders Among Adult Men on Probation or Parole: Some Success Against a Persistent Challenge, By Thomas E. Feucht; Joseph Gfroerer. "This study obtained data on mental disorders and substance-use disorders among adult men on supervised release (probation or parole) from local, State, and Federal prisons and jails. The study concludes that treatment needs are not being met for a significant number of probationers and parolees with mental or substance-use disorders. Consequently, they are at greater risk for parole or probation failure that leads to reincarceration..."Source: SAMHSA Ctr for Behavioral Health Statistics and Quality.

The Office for Victims of Crime HELP Brochure Series provides a resource for victims of crime and the victim service providers that work with them every day. Each brochure defines:

Improving Access to Services for Female Offenders Returning to the Community, by Marie Garcia with Nancy Ritter - National Institute of Justice Journal, March 2012 - An evaluation of re-entry services for female offenders shows that increasing access can lead to modest improvements in key areas.

Responding to Stalking: A Guide for Community Corrections Officers - Published by The Stalking Resource Center, a program of the National Center for Victims of Crime, established in 2000 in partnership with the Office on Violence Against Women (OVW) at the U.S. Department of Justice.

The Social Worker as an Expert Witness in Suspected Child Abuse Cases: A Primer for Beginners by LeRoy Schultz

Evidence-Based Policy, Practice, and Decisionmaking: Implications for Paroling Authorities - from the U.S. Department of Justice, National Institute of Corrections

Juveniles Who Have Sexually Offended: A Review of the Professional Literature by Sue Righthand, Carlann Welch - a U.S. Department of Justice, Office of Justice Programs, Office of Juvenile Justice and Delinquency Prevention report. An abstract of the contents can be found here.

Correctional Boot Camps: Lessons From a Decade of Research - This National Institute of Justice Research for Practice presents findings from 10 years of data analyzing whether boot camps are successful in reducing recidivism, prison populations, and operating costs.

A Prosecutor's Resource:Medical Evidence and the Role of Sexual Assault Nurse Examiners in Cases Involving Adult Victims by Jenifer Markowitz

Assessing the Risk of Juvenile Sex Offenders Using the Intensive Parole Sex Offender Domain - The Juvenile Rehabilitation Administration (JRA) within the Washington State Department of Social and Health Services contracted with the Washington State Institute for Public Policy (Institute) to determine if an empirically valid risk assessment for sexual reoffending could be developed using data from the Intensive Parole Supervision Assessment (IPSA). This report summarizes the findings.

Enhancing the Management of Adult and Juvenile Sex Offenders: A Handbook for Policymakers and Practitioners. Updated [ed.] - Prepared by the Center for Sex Offender Management, A Project of the U.S. Department of Justice Office of Justice Programs

Female Sex Offenders - From the Center for Sex Offender Management. This policy and practice brief synthesizes the research and other professional literature about women and adolescent girls who commit sex offenses

Opinions or points of view expressed are those of the author(s) and do not necessarily reflect the official position or policies of the NAFC. NAFC does not endorse any information contained within articles.

NAFC has consistently been a leader in promoting safe and effective treatment and supervision of offenders in both civil and criminal cases, improving communication between the clinician and criminal justice system, and enhanced protection of the public. The NAFC Mission is to Promote Competency and Training among Persons Working with Criminal Offenders.

The Certification for the Forensic Counselor and Criminal Justice Specialist